The Summer Olympics will be here again before you know it, and with it, an opportunity for our kids to learn about new sports and have a little fun while they do it. My 6 & 4 year old boys are still a little young for many of the math and science applications of sports, even simple things like calculating speed, determining the best angles for goal scoring, and exploring physics topics like drag in the water for swimming. However, I thought a lesser known Olympic sport, shooting, would be a good place to start getting them excited about the event. What’s an easier way than using our beloved Nerf guns?

I started planning the activity by researching the shooting events at the Olympics. You can learn more about them here. 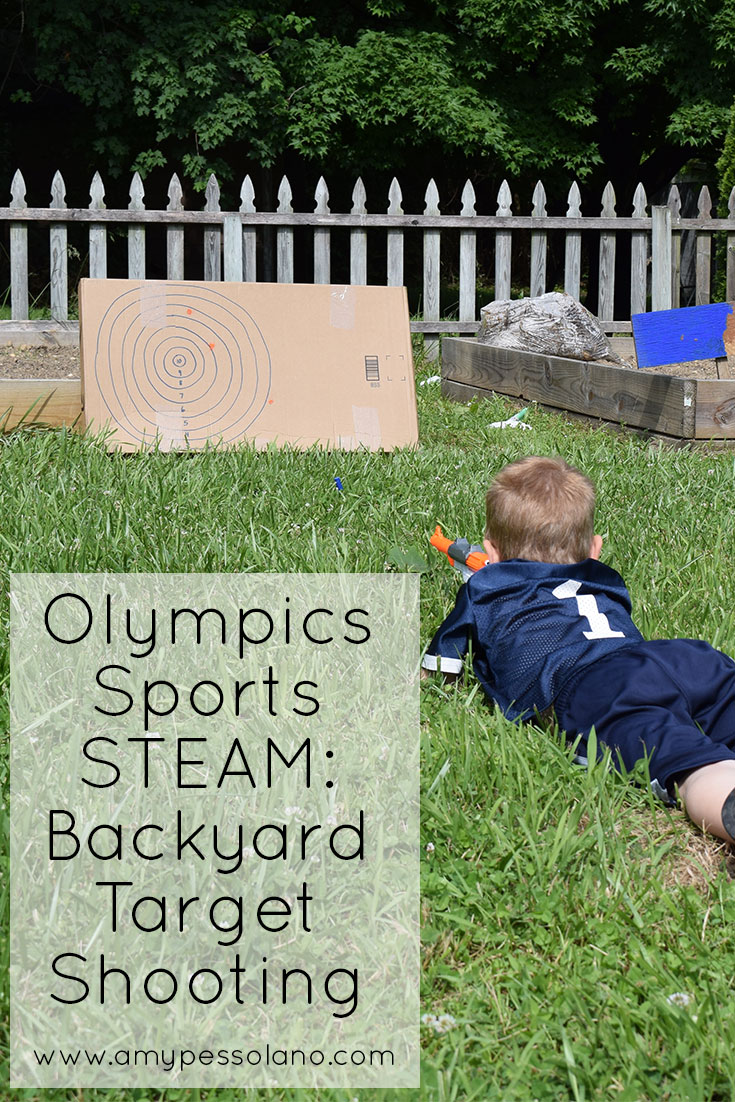 Then I ordered a few new nerf guns

for my husband and the Sharpfire Blaster

for the kids). I thought they looked more like rifles and claimed to have a pretty long range, so I hoped they’d be perfect for this activity.  When they arrived, I used a marker to draw the target right on the box they came in. It’s not centered because I planned to draw two targets side by side, but then realized I didn’t really have enough room.

I just drew our target freehand, but you can have the kids make their own targets with this large compass ruler

or even use two pencils and a string to make your own compass for more accurate circles.

I assigned each circle on the target a point value, starting with 10 in the middle. At first, I tried using a little bit of chalk on the tip of the dart to mark where each dart hit the target, but eventually ended up using just a bit of acrylic paint instead. That made it easy to see where each dart hit and hasn’t gummed up the gun yet. Just make sure you load up the bullet with paint right before you shoot, and don’t let the kids try it. They will use too much paint. Use different colored paint for each competitor, or make your targets on drawing paper that you tape to the box and have each participant use their own disposable target. Using the points is a great way for the kids to practice math while they shoot. Win-Win!

In the Olympics, shooters compete using 3 different stances, Standing, Kneeling, and Prone (laying down). This is a great opportunity to turn the shooting activity into a science experiment by having the kids predict which position they will get the most points using. You can also experiment to test the accuracy of the gun’s aim at various distances and graph your results for more math practice.

This post is also part of a series of Olympics Activities for Kids. Check out all of the fun ideas here! It also includes a fun challenge for your kiddos that you won’t want to miss ! 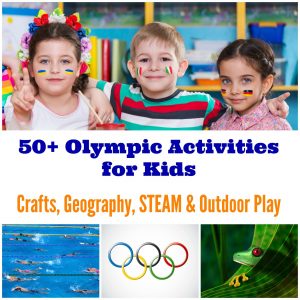 Learn More With Books About the Olympics for Kids 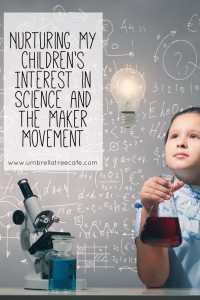 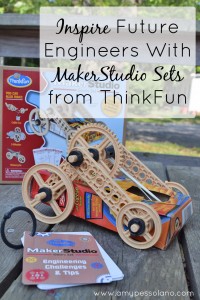