It came and went in the blink of an eye. The last summer before my oldest son started Kindergarten. I dreamed and planned to fill it with morning art projects, leisurely bike rides at the park, picnics, road trips to the beach and children’s museums, hikes to look for geocaches, play dates with friends, impromptu water gun battles, fruit picking… all of the things we did together and loved to fill our days before we had obligations like school to keep us on a schedule.

And we did do some of that. But not nearly enough. My kids watched a lot of television and I spent a lot of time working online. We traveled a lot, visiting grandparents so I could attend a conference or just get some time to myself or vacationing in Williamsburg. The things I planned to work into our routine, never became routine, and so it feels like they didn’t get done at all.

The sweet moments of brotherly love between my two boys come less frequently than they did a couple of years ago. Instead they’ve been replaced with rivalry and boisterous competition. A bike ride lasts 2.5 seconds before my youngest pulls ahead and my oldest whines and cries that his bike is too slow, because he’s losing. “It’s not a competition” has become my mantra.

Except when I need it to be a competition because it helps them finish their dinner plates.
When I first started writing this post, I had a lot of unfinished summer fun on my mind. Like not taking enough trips to the beach, homemade giant bubbles, more painting projects and science experiments… but as I sit here on the first day of school, I feel ready.

We didn’t make it to the movie theater for $1 movies but we did rent a lot of them on Amazon Prime. We didn’t paint as much as I’d hoped (with water balloons and catapults)  but we did throw back to their baby days by throwing down some paint and smearing it around with their feet, followed by a mid-day bubble bath. 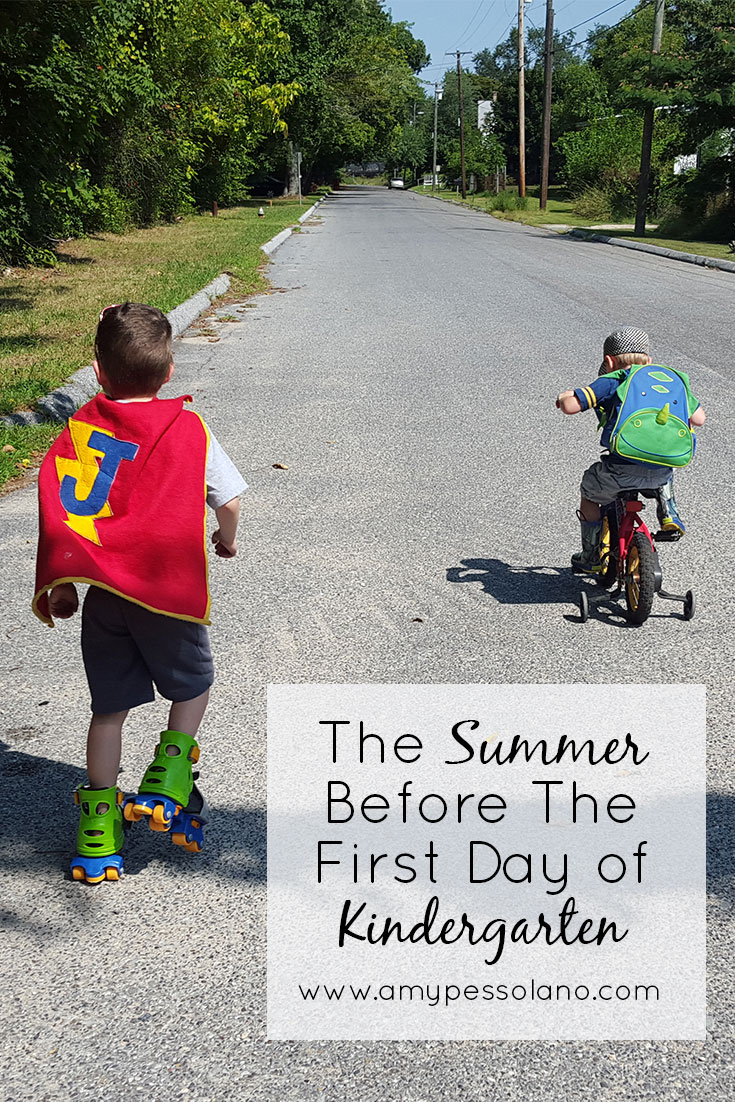 Last week I packed lunches and loaded up the kids for an impromptu road trip to the zoo. I didn’t tell them where we were going. I let them use the camera on my phone to take their own photos and while they got tired and squirrelly and started wrestling on the pathways I caught glimpses of the fun we’d have in the future. The things yet to learn and the projects yet to do.

Kindergarten has arrived. The time I’ve prepared my son for for years with play dates, story times, day trips to museums and farms and classes at the children’s garden.

I feel like the summer flew by in the blink of an eye. Heck it wasn’t just this summer. The last 5.5 years have flown by and if I sit and really think about all we’ve done, it has been so very full of memories and fun. There’s just never enough time to do it all. I guess that’s just how life is too.

Daniel Tiger has been replaced by Lego Ninjago and Star Wars Rebels. And my 3 year old thinks the neighbor kid who comes over to play is the coolest guy on the planet- not his older brother. Naps are few and far between, but it doesn’t stress me out as much as it did last summer.

One time my 3 year old acted silly and Joey laughed and said- “I love you Dom.” My heart melts and I picture my 5 year old as a 22 month old, laying his head on the baby’s stomach and playing this game they call “Chubby Face”. I’m crying now writing this. Because I know it will only get more bittersweet the more time passes.

The older and more independent they become, the more proud I’ll be and the more I’ll miss those days when it was just the three of us with nothing but time to kill before Daddy came home from work. 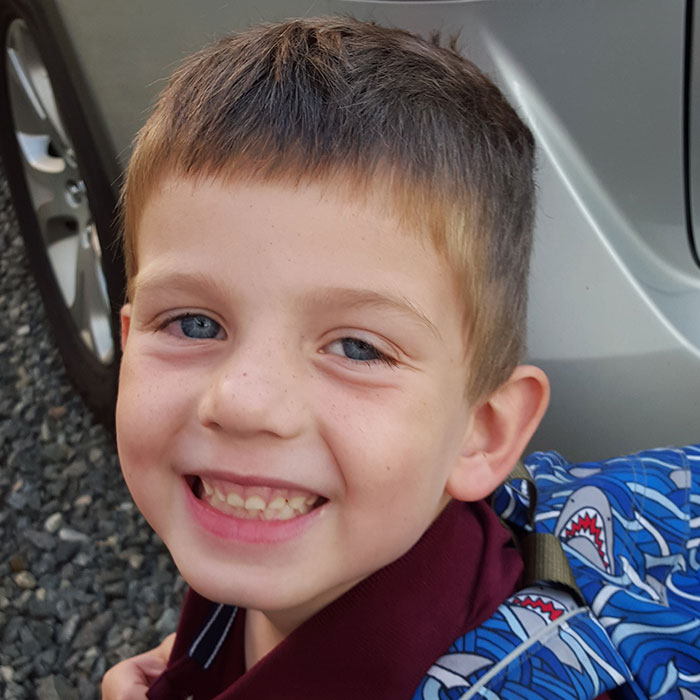 Ahh the summer before the first day of kindergarten.

It’s a time of growing independence, but constant requests for me to play with him. Total passion for whatever idea comes to his mind and repeatedly asking for it until it happens. There’s a little apprehension about what Kindergarten will bring too- will there be a literacy center? What if there’s a substitute? Will I get to draw pictures and read books? What if I get kicked out? But mostly….
 
We’re Ready.

He had orientation and checked out the classroom. He met his teacher. His new Darth Vader light up sneakers were ready with his school uniform. His lunch box was full of all his favorite snacks.
He’s growing up. But he’s still a little kid– who wants me to take him to school instead of riding the bus. But we’re ready. He’s excited.

This morning I tried to prep him for being anxious and scared. He wanted me to walk him to his class- but I knew it would be better to leave him at the cafeteria. So we drew hearts on our wrists with washable marker and decided on a secret hand shake.

We went over the big hug, secret handshake procedure we’d do when I left and I assured him I’d be thinking about it. I told him he needed to explore and investigate and report back to me what Kindergarten was like and how it was different than Preschool.

I’m getting ready to pick him up and hear how it went. I hope he’s excited and just as ready to go back tomorrow.

If you’re sending your kids off to Kindergarten I’d love to know how you’re dealing. Are you ready? Connect with me on Facebook or Twitter.